On Friday evening we invite all the Liepaja-natives and city guests to head over to area of concert hall Great Amber, where you will be able to see all the rally crews taking part in Competitors’ Parade. If compared to last year, when only selected crews took part in the parade, this year all the crews are invited to take part. The parade is set to begin at 20:30.

The parade will start out with a short drive from Ceremonial start to centre of Liepāja, where a safe and secured section of closed streets will await all the competitors. There crews will be able to imitate the start sequence before launching the car sideways, three times around the roundabout next to concert hall Great Amber, before finishing off to the right of the entry. The further route of the parade will run through public roads around Liepāja. 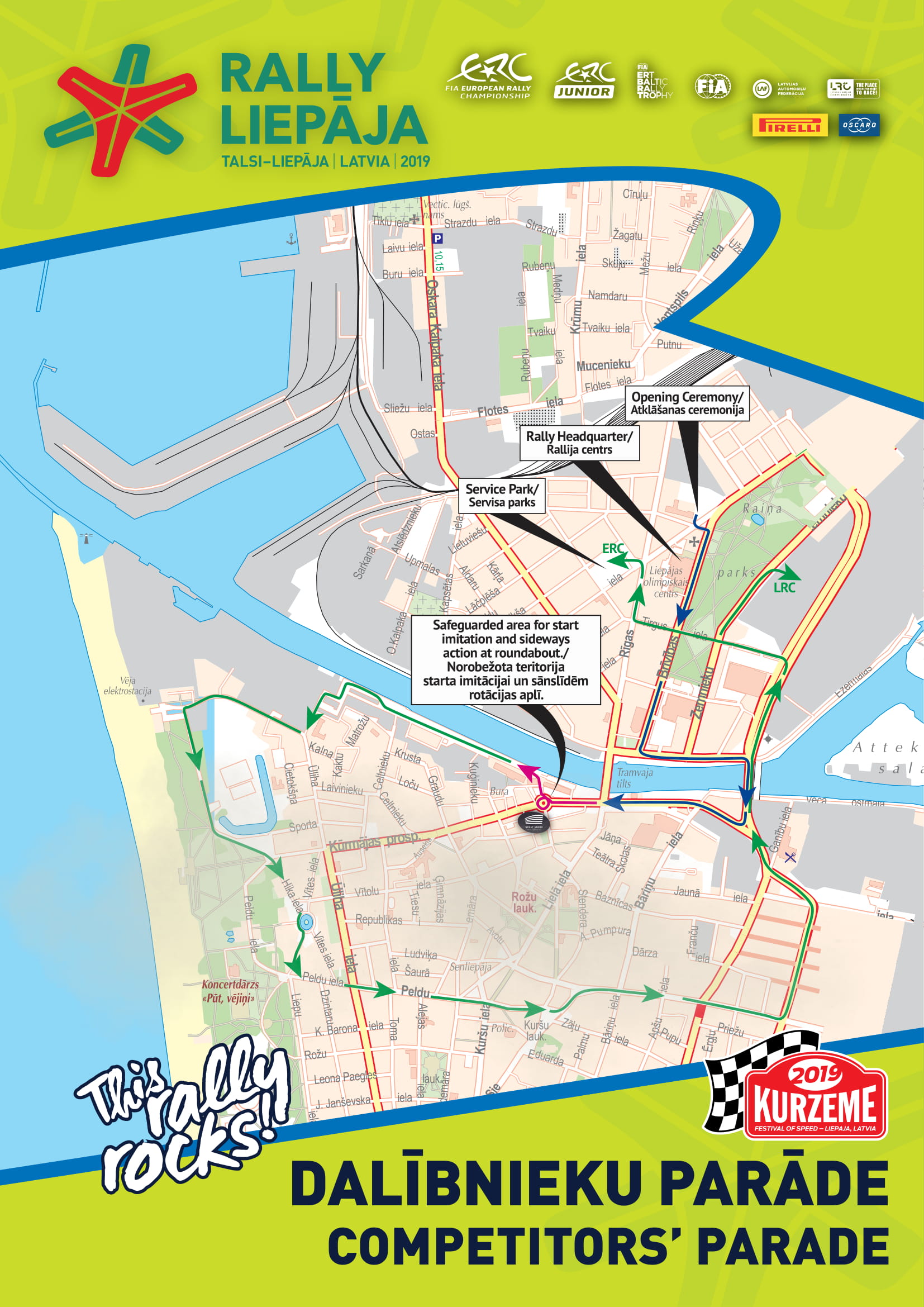